It's entirely possible that I've spent more time writing my little AOR report than I did in the actual running. It's just that there is so very much to say and I promise to wrap it up in this last post.

Once we finished the run, we were off to the hotel for showers and then dinner. We had a fabulous dinner at Lebanese Taverna in DC. It was an amazing meal in an unusual place. We arrived and it was amazing how much better we all felt once showered and in a more relaxed atmosphere. Deb joined us, but Ann Marie couldn't. 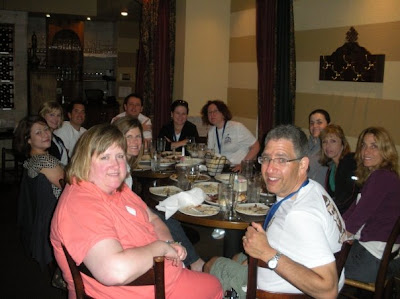 After dinner, it was finally off to sleep. Dan and Matt drove back to NJ, Deb and I back home, Juliet and Jaqualin back to Virginia. Sleep never felt so good.

On Sunday, most of the group met at my house for brunch. Deb put on an incredible spread and NO ONE was counting calories! We cleaned up the vans and everyone was off to home, where ever that was. 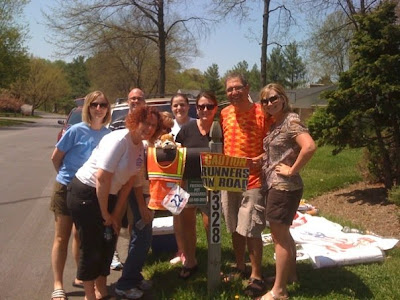 And that was that.

It's hard to put into words how incredible this weekend was. We had so much fun and we learned a lot about ourselves and each other. 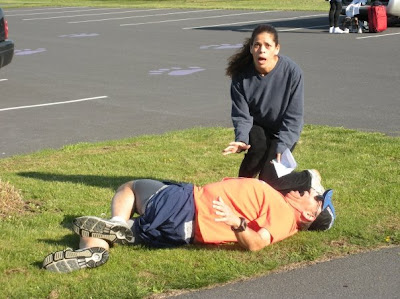 Beware of other teams being a bit too competitive! Enough said.

looks like you guys had a blast. So, who's up for the AZ relay next February?

Are you already signed up for next year?

We ran along side you guys most of the time. Team Slacker and Krybabies. You guys were awesome cheerleaders. Thanks! It was great to read your rendition of the events. See you next year?
Stacey

What an amazing experience, congrats to you all!!

I wish I knew what happened in that picture. LOL

What an amazing experience you all shared! I am with Pat on being jealous! I sure hope to be in on the next adventure. :>)