The kids start school tomorrow.  Where did the summer go? 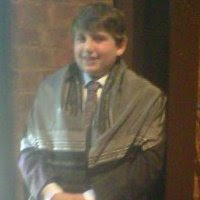 The summer started out with Zach's bar mitzvah in June.  Year's in the making, our boy did us proud.  There was so much build up, including almost three weeks away from home traveling to and from Maryland, what followed was sure to be a let down.

We had plans to spend lots of time getting the most out of our passes for Six Flags and Hurricane Harbor, but the Texas heat was just too much.  Only a couple of sub 100 degree days since July 1 kept us home in the cool comfort of the air conditioned house.  (Anybody wanna swap electric bills?)

I'm disappointed that we didn't do more.  Where did the time go?

Summer is supposed to be peak riding season.  There should be a direct correlation between warm riding months with lots of miles on the bike and overall general fitness, and weight loss, too.  For me, I feel like I've been on a treadmill, though not literally.  Back and forth in the 260's for the most part:  I've been unable to break below of the 260's since we got to Texas.  I have good times, but any emotional change has been met with a break in activity or at least in healthy eating.  It's been very frustrating.

There are some positives.  Last week, I was traveling with a co worker who has gotten into fitness over the last six months or so.  We spent almost as much time talking about biking, running, activity, etc. as we did about work.  There is a definite kinship developing in a good way.  It was great to have those conversations and it most definitely helped ensure that my running shoes didn't just earn frequent flier miles.  They made it to the gym and the parking (for an impromptu boot camp -- from what I could remember from years ago.)  Since then, we've emailed about activity since.  It's been great to have another level of accountability.

Next Saturday is the Hotter 'N Hell 100 bike ride.  It's the culmination of the summer riding season.  Yesterday I rode 55 miles of hilly terrain.  Deb thought a heat-of-the-day ride would be in order for today, so who am I to argue.  I went out for what was supposed to be 25 miles of relatively flat and fast miles.  The result was something less.  Much less.  I knocked off just 21 miles and the pace was slower than yesterday's 55.  Despite the fact that I had yesterday's miles in my legs and the temps were pushing 110, I am still pretty bummed about the result.  Without a doubt, I'm considering this another kick in the pants that I need.

My plan for Saturday is to ride and, unlike last year, to finish 100 miles.

I've said it before, but it's all about the intake.  I know what I need to do.  Just got to put those feelings into action.  I did it before.

So, that's all for now.  Gotta go make sure the 8th and 6th grader's are asleep.